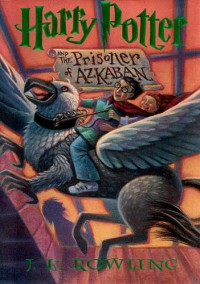 Harry Potter and the Prisoner of Azkaban by J.K. Rowling
My rating: 4 of 5 stars

Normally, I do my Fun Reviews, but I had so many thoughts (and feels) with this book, I needed to break it down.

So there are defintitely some new characters in this book that make the first two book plain old bland. First, we have to talk about Sirius Black. Honestly, I knew there was going to be something not quite right about the back story we are given to begin with. Somehow the good guys always seem to be bad guys and the bad guys make out to be good guys. But wowsers, did this ever come as a shock. Then there's Lupin. So sad to see him go as a teacher. As Harry said, he was the best Defense Against the Dark Arts Teacher they'd ever had. But I foresee Black staying in Harry's life and they were friends, so... I briefly remember him in the movies, but those were years ago and I only half-watched the last two, so there's a good chance he'll pop up again. Peter Pettigrew, the little rat! Literally. I do kind of want to know more about him and the way Lupin talked, I see him coming back again. Hermione was a bit of a sneak in this book with her Time-Turner, but I get why she did it. Kind of reminds me of myself during classes, scrambling about and I feel for her. Harry grows up a lot in the second half of the book. I just get the feeling he isn't going to be the Quidditch obsessed kid that he was before. He knows more about his parents' deaths than ever before and that will stick with him. 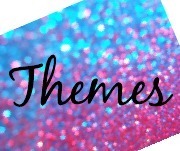 Trust and Friendship are more important than ever because we see it in more than just Harry, Ron, and Hermione, but in Remus, Sirius, Peter, and James as well. Clearly Peter was the faulty link, but the principles were still there. The camaraderie in the trio is stronger than ever and you can tell that whatever happens through the rest of the series, Ron and Hermione will never leave Harry.

The settings shifted more here than the first two books, which added so much depth to the story. We start off with the Dursley's like always, but the way that Harry left makes it feel like Harry isn't safe in the muggle world anymore either. That changes everything. Then there's Hogsmeade which is just an awesome place that I want to go to. It's fun and carefree and what I imagine that the Harry Potter Wizarding World is all about. By contrast we have the Whomping Willow and Shrieking Shack where a very important part of the story takes place. Everything from the physical description to the mood is just darker there.

Biggest part of the story obviously. There was more at risk in this story than just Harry vs Voldemort, especially since Voldemort didn't make an appearance. There's also Sirius Black, who we think it a villain but turns out to be a highlight for Harry. There are actually other people at stake. The mystery surrounding Black isn't the only thing going on though. There's also the Dementor's and their influence over Harry, Quidditch Cup, and of course, sneaking around with the map. I really enjoyed the new classes as well, because the whole Grim story line tied in so well at the end. This is the book where I think everything changes from just a fun, children's story about wizards to something darker just from the tone at the end of the book.

View all my reviews